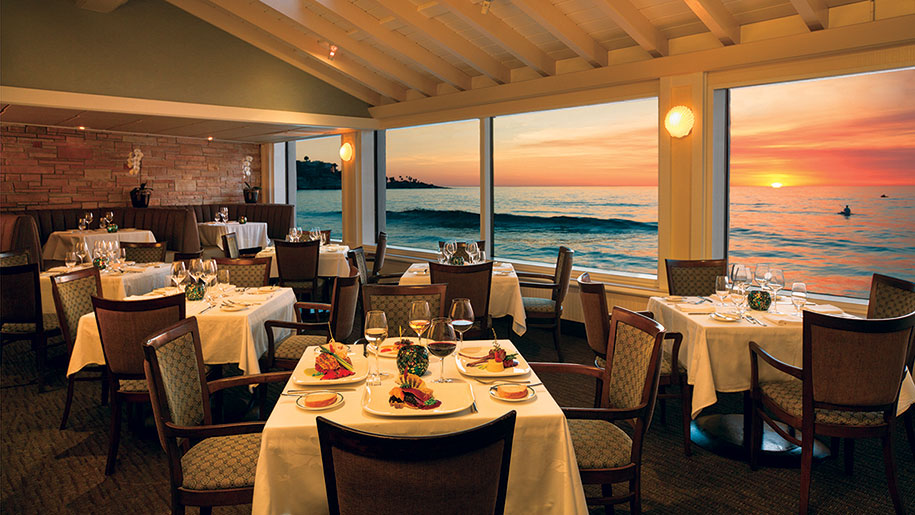 If you love Oaxacan food and live in New York City, it helps to be mobile. About half a million Mexican-Americans live here, too, and while more have been arriving from Oaxaca in recent years, very few have opened restaurants with leather menu covers.

The hunting is better north of town. On a free day, you could head upriver to Poughkeepsie, N.Y., the capital of the Hudson Valley’s Oaxacan community. My own favorite destination until this winter was even farther away, a trim, bright little spot in Kingston called Just For You.

Last summer I had a memorable bowl of thick crema de elote and hunks of goat stewed with guajillo chiles. But one of the owners had moved to the United States illegally in 1999 and had recently moved back to Mexico under threat of deportation; the restaurant has closed for now.

Closer to home, you can make your way to La Morada’s beautiful menu covers, in the South Bronx, hoping the elusive mole blanco will be simmering in the kitchen that day, and ready to settle for one of the more easily spotted moles if it is not.

You might go to central Brooklyn for the tamal steamed in a banana leaf, or the little fried masa pockets called tetelas, at La Loba Cantina, in Kensington.

In September, a new choice appeared on Third Avenue in Brooklyn, between the verdant shores of the Gowanus Canal and the foothills of Park Slope. Called Claro, it is run by one of the owners of Freek’s Mill, a nearby restaurant where the servers wear gingham shirts and talk up the virtues of the wine list made up almost entirely of gamay and chenin blanc.

His partner is also the chef, T. J. Steele, a veteran of Union Square Cafe and Tía Pol who has the word TACO tattooed on the fingers of his right hand and MASA on those of his left. Those two related themes are continued in ink drawings that run up his arms, across his torso and down to his feet.

Claro, in other words, is not where you go for Oaxacan recipes that have been passed down from generation to generation. Home-style soups and stews are rare.

So is cooked fish. On the other hand, Mr. Steele has given himself liberty to work with ingredients that might furrow the average Mexican grandmother’s brow, like kale and sunchokes. Although he has lived part-time in Oaxaca City for more than a decade, he still thinks like a New York chef.

But as his head-to-toe artwork suggests, Mr. Steele has a tendency to go all in. This is, as it happens, the only way to make the moles that are the pride of Oaxaca. The moles at Claro are riveting: The ground nuts and dried spices, the garlic and onions all seem to bring out the personalities of the chiles — sometimes fruity, sometimes vegetal — while tamping down their heat. He keeps their bitterness in check, too. 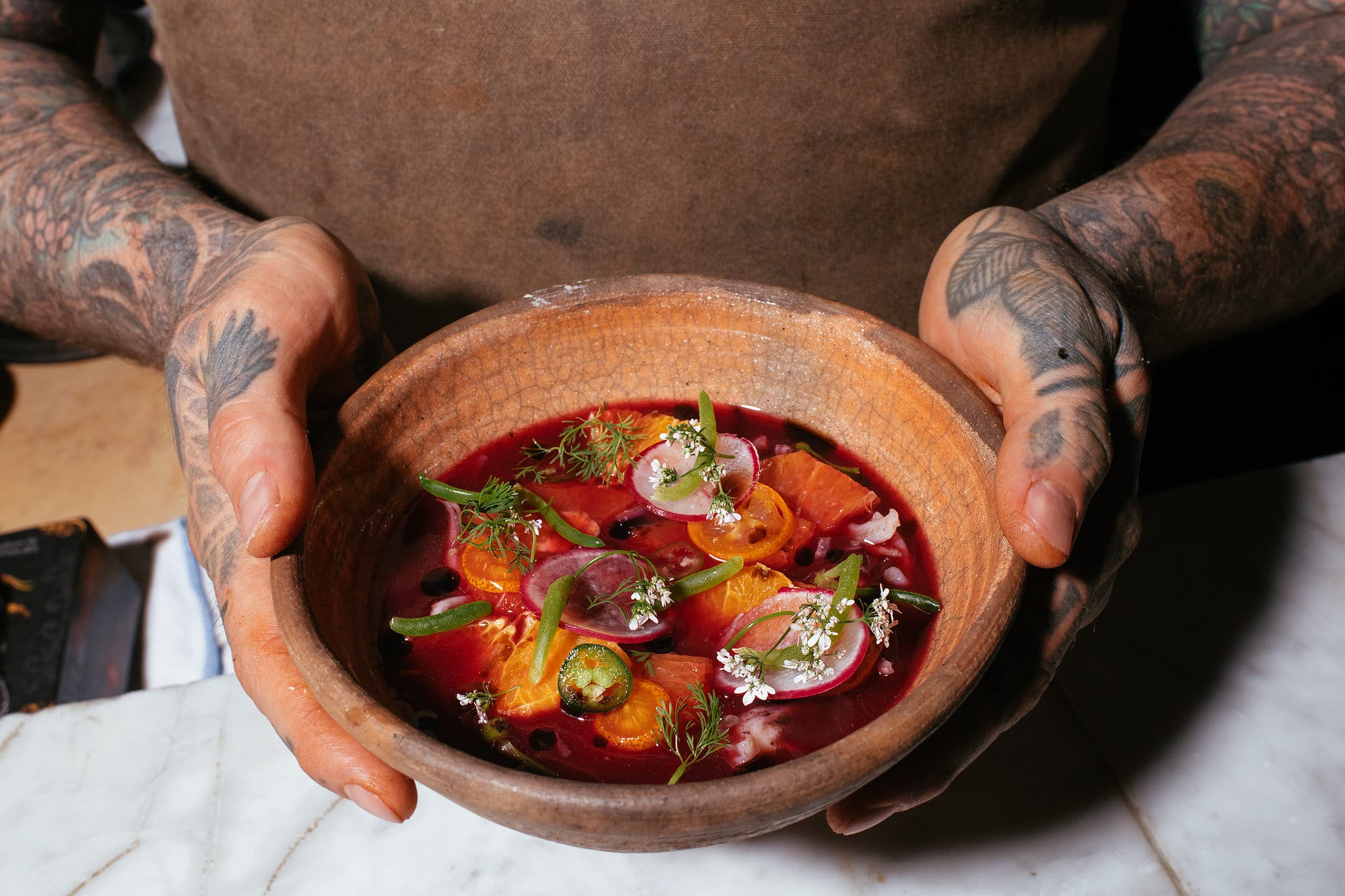 Pork cheek was stewed in a mole rojo that has just enough chocolate to make you smile; the mole negro, in which marbled short ribs were cooked to extreme tenderness, was so balanced that no one ingredient ever seemed to be in the lead.

Chichilo, not one of your everyday moles, was the brightest and most outgoing of the three, and a big pool of it made an exciting foil for a chile relleno filled with shredded, spiced duck.

Mr. Steele also goes all in on masa, which is stone-ground and nixtamalized on site from strains of blue and yellow corn native to Oaxaca. Ten years ago you couldn’t talk about the state of masa in New York without experiencing early signs of depression; now Claro is among a handful of local restaurants whose masa is worth getting excited about.

It provides the ground floor of about half the things you will eat. Pressed and griddled — in good weather, this is done outside on a domed comal set over a fire — the masa becomes the small warm tortillas that are folded into shrimp tacos with an unusually complex chipotle sauce.

Larger fried tortillas are the foundation of tostadas, which can be quite the productions here: turkey in salsa with a flicker of heat soothed by crema and mashed avocados; raw yellowfin tuna with blood oranges and puffs of fried pork skin and a whiff of smoke from Oaxacan pasilla chiles.

Thicker, softer wheels of masa with raised rims make up the base of memelas, the Oaxacan version of sopes and huaraches. The one with goat-cheese crema and wild mushrooms has a meaty intensity, without any meat; another, spread with an unexpectedly fluffy hash of chorizo and potatoes, is topped with house-made queso fresco to calm the chorizo’s burn.